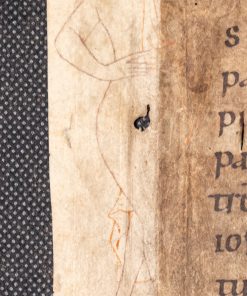 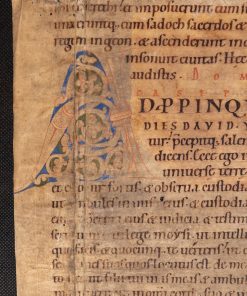 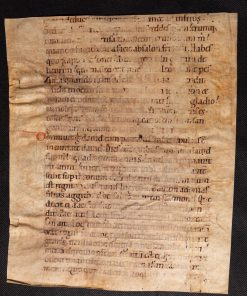 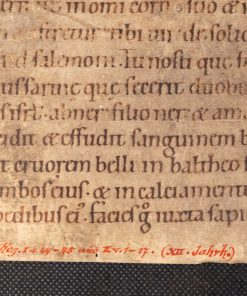 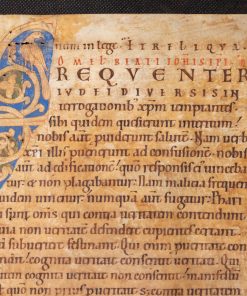 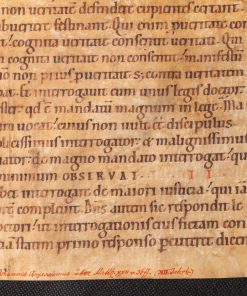 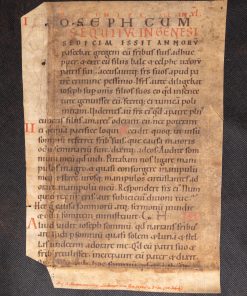 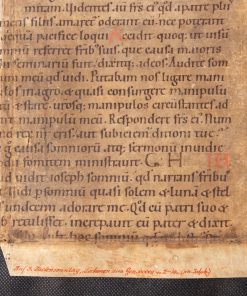 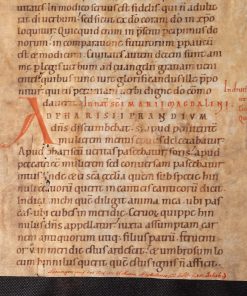 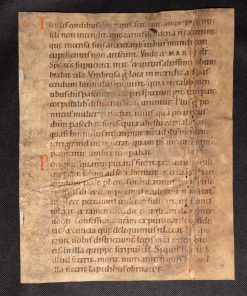 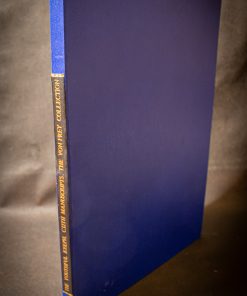 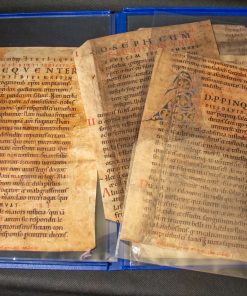 Joseph with his Coat of Many Colours, and other initials on 5 leaves from a Lectionary in Latin [Austria (Salzburg), 12th century, second half]

Parchment, 4 partial leaves, c.330×220–240mm, and 1 bi-folium, c.520x360mm, apparently all from a single manuscript, blind-ruled for 27 lines (c.275×175mm), very finely written in a bold round Romanesque bookhand; very finely decorated with human, bird, and foliate designs, pen-drawn in brown ink, or in red against a background of green and blue; the margins and a minimal amount of text cropped; recovered from use in bindings thus with typical stains, creases, and wear. In a modern clamshell case lettered “From the Carl von Frey Collection”.

All these fragments doubtless come from the Romanesque library of a church in Salzburg, broken-up and used as binders’ waste probably in the 16th century, and recovered in the 19th century probably after the secularisation of ecclesiastical properties. They were shown in 1893 to Willibald Hauthaler (1843–1922), medieval historian and, from 1901, Abbot of St Peter’s, Salzburg, who wrote the neat identifications in red ink at the lower edge of each leaf. They were sold at Christie’s, 23 November 2010, lot 2, where it is recorded that they were acquired in Salzburg by the businessman, art lover, and landscape painter Carl von Frey (1826–96).

(iv) Readings for the feast of the Birth of Mary Magdalene (22 July), beginning with a large orange initial ‘A’ (“In nat. sanctę Marię Magdalenę. Ad Pharisei prandium dominus discumbebat …”; a homily of St Gregory (PL, LXXVI, 1243), preceded by the end of a homily of Bede.

(v) A part bi-folium with large initials Q and S with readings for Advent; up to 30 lines of text (irregular shape and cut into text at the top).

Be the first to review “Joseph with his Coat of Many Colours, and other initials on 5 leaves from a Lectionary in Latin [Austria (Salzburg), 12th century, second half]” Cancel reply 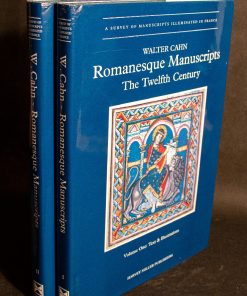