A fine, regular, highly legible Gothic bookhand; the chapter list in a smaller version of the same script. Most minims end with a sharp upstroke, round ‘s’ only occurs at the end of words (and once as the first letter, in the rubric), both upright and sloping ‘d’  are used, the ampersand is used but not tironian ‘et’, capitals stroked in red, and small red tick marks are placed above some syllables to aid reading aloud, as well as some clarification of word-division e.g. between “Si testimonium” on the recto.

The use of the letter ‘k’ – “carissimo” is spelled “karissimo” – is typical of Germanic areas, hence our suggestion that the Bible comes from somewhere like the Mosan region, within the sphere of influence of Cologne.

As with the sister-cutting listed on this site, this one shows divergences from the text as standardised in the early 13th century: the last word here is “ambulare” instead of “ambulantes”; this is a variant found in some early manuscripts such as the Carolingian revision by Alcuin, used also in the Clementine edition.

The decoration includes features characteristic of the so-called Channel-style, named because it can be found in manuscripts produced on both sides of the English Channel, making English and French manuscripts sometimes hard to distinguish. These are the small white quadrupeds often referred to as “white lions”, and spirals of vegetation that terminate in large vegetal leaves, that often resemble an octopus as seem from below, often referred to as “Byzantine blossoms”. One of the propositions of Christopher de Hamel’s Glossed Books of the Bible and the Origins of the Paris Booktrade (Woodbridge, 1984), is that this style originated in Paris in the production of Glossed books of the Bible, and spread outwards to England and other places from there. It was fully developed by 1170, as it appears in books owned by Thomas Becket, who died in that year.

The gilding of the initial appears to have been applied as gold leaf onto the flat parchment surface, or perhaps on a dark purple painted under-layer, but not onto a raised bole ground as would become normal later, allowing the gold to be burnished to a more brilliant shine (see the essay by P. Kidd and N. Turner in The St. Albans Psalter: Painting and Prayer in Medieval England (Los Angeles, 2013), at pp. 74–77 for a discussion of the changing methods of applying gold to parchment in the 12th century). 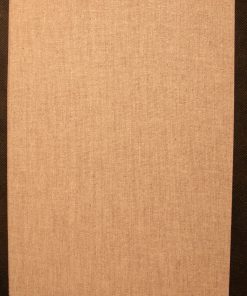